Chris Goebel spoke to us about the intricacies of operating and then selling a business that included nine other siblings… and he actually did it twice. Read on for some of the highlights of Chris’ story (which is available for download above):

What was the business?

The business was split across two companies: one was predominantly airport coach transfers, while the other was focussed on leisure travel.

How big were the companies?

At their peak, a total of approximately 400 employees and 175 vehicles spread across four different major airports.

How did they define the roles for each of the 10 children?

Age order was the first criteria, then it was an organic process of matching the roles with people’s specialisms.

Contract revenue rose from 3% to 21%, which not only provided a useful hedge against seasonal factors like weather and events, it also made the business a more attractive proposition for a buyer.

What triggered the exit?

The age of the management team combined with serious interest from two different companies.

What were the most important aspects of the sale?

The dollar amount and taking care of the future of the employees.

How ready were they?

They had a lot of numbers already in place. The company was so big that they had no choice but to have their financials in good shape.

The business was sold to one of the bidders but a few years later ended up being sold again to the other bidder. The first takeover was from a private equity firm, but it eventually became part of a publicly listed firm.

Did the family members stay on?

After the first takeover, those who wanted to stay on did stay on. They kept hitting their targets and were given the autonomy they wanted. After the takeover from the public company it was more difficult, so some left. Chris stayed for a couple of years but didn’t enjoy the additional scrutiny and reporting requirements of a public company.

Where did Chris go when he left?

Chris is now working as a consultant, and using his experience to help smaller businesses with their exit planning.

How did he cope?

After only two days he felt bored. It wasn’t long before he embarked upon a career as a consultant.

Would he have done anything differently?

-He wishes they’d have planned more in advance and had a longer timeline for the sale.

-They should have done more to make the sale tax efficient.

-They should have been more specific about everybody’s roles in the business after the sale(s). It is not enough just to agree that “we need to grow the business”. Exactly how that growth is to be achieved should be mapped out from the very beginning.

The most common mistake he sees from the businesses he advises:

Wide words for the road:

“So many entrepreneurs are involved in building the business and operating it that exit planning is one of those things they realise they have to do, but it’s not a priority. The priority is building the business or maintaining it or expanding it, whatever it may be. They focus on that, thinking the other will eventually take care of itself…. but sometimes it just doesn’t take care of itself and you really need to address those issues early.” 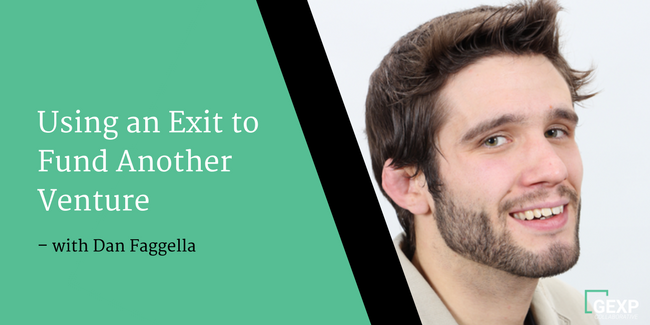 Using an Exit to Fund Another Venture

Dan Faggella founded a Brazilian Jiu-Jitsu Academy to pay for college and grad school which sparked the idea for his eCommerce business, Science of Skill. Science of Skill was created for the sole purpose of eventually selling it and using the exit money to fund an artificial intelligence market research company. He grew Science of Skill past $2 million in revenue, sold it in 2017, and TechEmergence was born completely funded by the exit. If you listen, you will learn: How recurring revenue helps the value of your business Importance of finding a marketing channel that ensures consistent profitability and growth Having key employees that can run the company without the owner can increase the value of the company and provide for a smoother transition/exit Importance of knowing how the processes of your company tie into growth and profit How to figure out and analyze the core metrics of your business Finding the right broker makes a ton of difference when selling a business Building Up Science of Skill Dan went from owning a physical Jiu-Jitsu gym to starting an eCommerce business. He started taping the Jiu-Jitsu seminars he was giving in person and putting them on the internet. He took the curriculum he used and studied himself and turned the videos, information, and skill development exercises into monthly subscription based lessons which would allow the company to have recurring revenue. “I had it impressed on me early on that recurring revenue is a good thing. Recurring revenue is going to help you sell for a higher margin. Recurring revenue is going to give you less nightmare than businesses that don’t have recurring revenue. The only reason I was able to sell that gym was because it ... 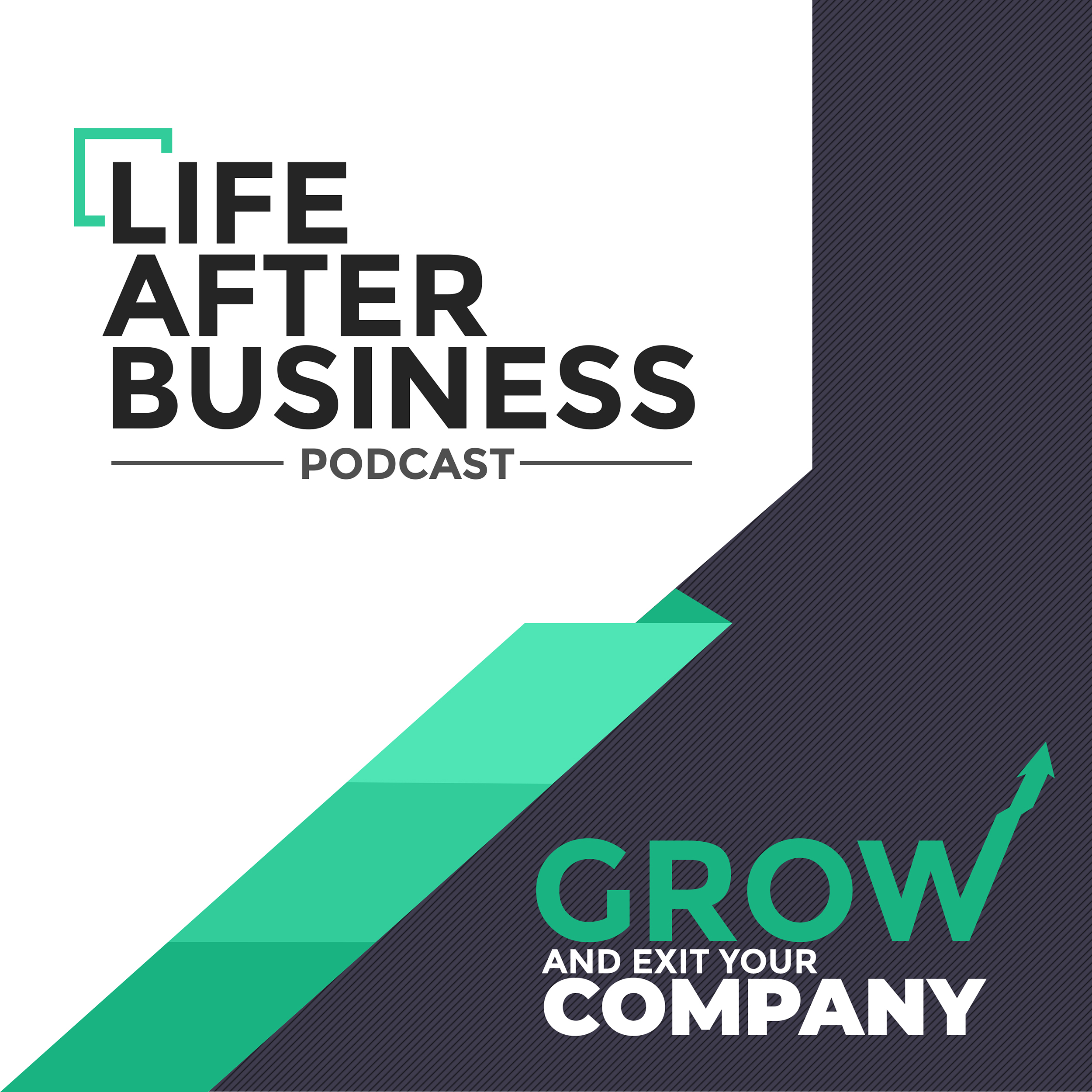 8 Ways to Increase The Value of Your Business

This episode concludes my 3 part series on evaluating your business. To recap, my first episode on this topic was about improving the value of your business. Brandon Hall discussed his experience with business valuations and why they are important. The second episode featured Ryan Turbes, Ryan is a CPA who painted a realistic picture of payout and what a buyer looks for in a deal. This episode focuses on value building and the 8 key value drivers that buyers consider when purchasing a company. John Warrillow returns to my podcast to explain the value builder system and how it streamlines the due diligence process. There are a ton of resources and tools we will share with you during this episode, so tune in to learn how to create a clear roadmap to getting the best price possible for your business. What you will learn: A recap of my business evaluation series. The importance of creating a company that will run without you. John’s background in business. The beginnings of The Value Builder System company. What his company does. The Built to Sell podcast. The Value Build survey and what it means for your business. John’s typical customer. Industry standards have nothing to do with company value. The 8 key drivers the Value Builder System uses. What to fix first based on your value builder score. Why earn-outs are an imperfect tool. What are vendor take-backs and how do they work? The benefits of a high value builder score. The cash flow teeter-totter and how it affects a deal. How to find recurring value in your business. What is monopoly control? John’s advice on how to avoid shiny object syndrome. John’s parting words for the listeners. Takeaway: Obviously, you need to get your value builder report and see the areas your ... 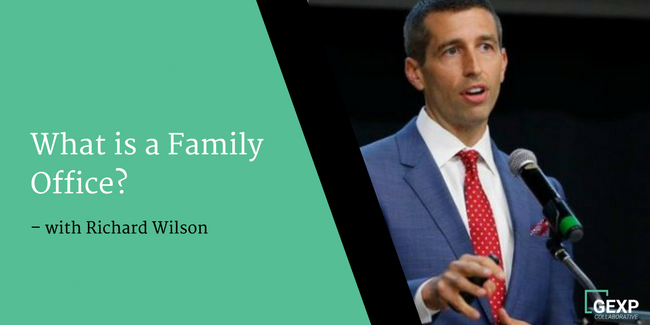 What is a Family Office?