Selling a Business to Your Employees 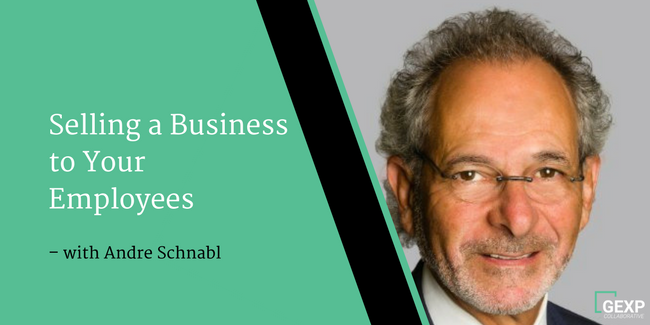 Intentional Growth
Selling a Business to Your Employees

What does ESOP actually mean?

This week we talk about a great tax-saving method of exiting a business that can also take care of your employees for years afterwards. Sound too good to be true?

Andre Schnabl spoke to us about ESOP: a method of selling a business that could save millions in tax, as well as safeguarding the future of the firm. His explanation was fantastically simple so we recommend you take a listen, but if you only have time for the brief highlights of what we talked about, then read on:

How do the employees fit into it?

The principle is similar to how an employee contributes a percentage of their monthly paycheck to into a 401K retirement plan. However, the difference is that the ultimate value (and holdings) of their retirement plan is invested into their own employer, rather than whatever stocks, bonds or mutual funds a normal 401K has invested its money in to.

Now each employee literally has an invested interest in seeing the value and growth of the company grow!

Why would a company owner want to sell a business in this way?

There are a multitude of reasons, but to skim the surface, here are some key benefits:

WHAT ARE YOUR OPTIONS?

How does the owner get their money in an ESOP?

Normally they would receive a proportion of the value of the business in cash up front (most of the time via bank financing), and then the rest of it through a note that would be paid out through the company profits in a certain time period and dependent on KPIs (Key Performance Indicators) agreed upon at the time of sale.

Where does the up-front cash come from?

There are many ways but the most common is leveraged bank finance (aka bank loan).

Why would the banks lend money to make this happen?

Because a trust would be set up to effectively ‘buy’ the company, and the banks would loan the trust a certain amount of money in order to do so. ESOPs have one of the lowest default rates among borrowers – better chance that the bank gets THEIR MONEY BACK!

Isn’t this risky for the banks?

Banks actually like these deals. For one, even though the trust itself doesn’t have any assets, the trust’s loan can be secured against existing company assets. Secondly, because ESOPs end up in the hands of employees, this makes banks confident that the future of the firm is sustainable. They figure that if the employees have a stake in it, they’re more likely to drive the business forwards.

How can this save on tax?

Why is this good security for the employees?

Beyond the money they may make from their own salaries, there is a greater job security here than if the company was sold on the open market because now the employee is a part owner of their own company. An ESOP provides an incentive for the existing company to succeed because the employees can see the value of their shares rise along with the success of the company.

However, a third party buyer from the open market may have a completely opposite agenda, i.e. job cuts, restructuring etc. Also an ESOP can include certain incentives for the future management of the company after the owner has departed which creates the perfect scenario of management and employees pulling together to achieve the same incentivized goal.

How long does the ESOP sale process take?

The most difficult part of the process is determining whether an ESOP is actually the best option for the owner. After all the pros and cons are weighed and all parties agree, it would normally take in between three and four months to complete the formalities. 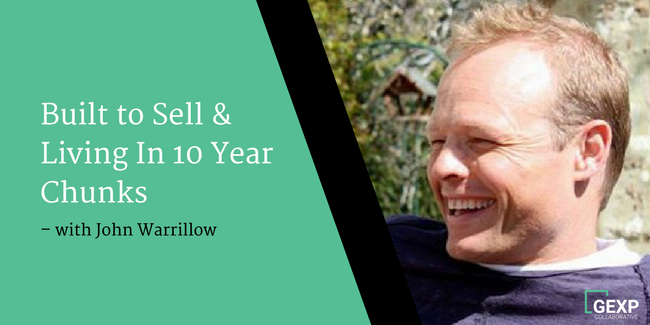 Built to Sell with John Warrillow

In this week’s episode of Life After Business we hear from the speaker, author, entrepreneur, and current owner of The Value Builder System: John Warrillow. John shares his story and the lessons he learned after building and selling multiple businesses as well as the inner workings of his pioneering value builder system. John wanted to fill the role of “Robin Hood” for business owners in a sea of “mercenaries” (buyers) by helping them maximize the value of their company and helping them to level the playing field. If you’re pushed for time, don’t worry – you can still benefit from some of John’s advice below: Understand the key drivers of a company’s value: Like anything in life, a company value can be dissected into separate parts and analyzed individually, i.e. revenue, growth potential etc. Understanding what a financial buyer looks for when they buy a company puts you on the same page and takes away the advantage that the buyer has. You can focus on the key drivers and eliminate the reasons a buyer would discount the price of your company. What are the 8 drivers? Be mindful of a business that is too dependent on you personally: However good your numbers may look; what are the chances of the buyer being able to achieve the same profits once you’re gone? Have an intermediary to run the business exit planning process for you: Use someone who specializes in exit planning AND the merger and acquisition process. Even if you’re confident in your business skills, because exiting your business is most likely a one-time event, an intermediate usually pays from themselves. They do if for a living, therefore, they have many experiences to pull from that could save you TONS ... 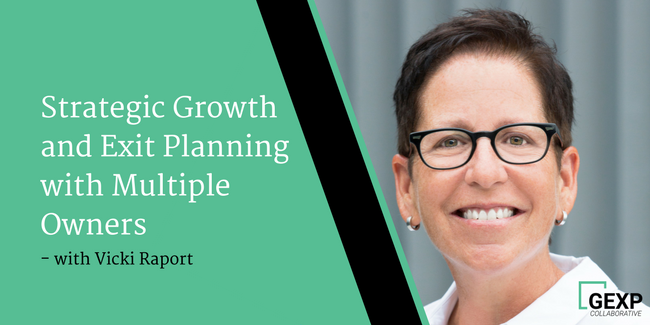 My guest today is Vicki Raport, one of the founding members of Quantum Retail Technology. Vicki was on the front lines of Quantum’s sale. The story she has to tell is impressive and is a clean-cut example of how a company sale should happen. We discuss the journey Vicki and her partners took to build a successful business and how they kept a delicate balance between five (yes, five) founders. They pivoted the business from a SaaS to an Enterprise model, Vicki explained how they reached that decision and what it meant for the business as a whole. If your goal for your business is to build a lucrative company and then sell it, Vicki’s story is inspirational and fascinated. You will learn about: Vicki’s background and the career change that was the beginning of Quantum Retail Technology. How Vicki used skill sets to find the right people for her team. How Quantum Retail Technology pivoted into “deployable software.” The pros and cons of Enterprise software and what is it? What triggered the sale plans. How Vicki and her team planned for the company sale. The failed attempt to maximize the business. The importance of being intentional in business. The team’s goals for the company sale. How to hire the right investment banking firm. Why the chosen buyer was a good fit. How Vicki and her team handled running the company during the sale negotiation. How Vicki’s employees responded to the sale. What Vicki would have done differently. The importance of hiring the right lawyer. How to cope with emotional and mental drain during a sale. Today’s show highlights some very interesting and useful points for any ...

Hitting on all cylinders requires focus and intention. Terri Soutor, CEO of FastBridge, recognized that early on and chose dedicated partners who had a great idea and, through amazing service, could deliver high value to their target clients. This approach scaled their SaaS-based business 10x over four years, without having to raise outside capital, before ultimately selling to the perfect strategic buyer. Terri shares the strategies behind their exponential growth and what they did to maintain their mission, vision and values along the entrepreneurial journey. What You Will Learn In Today's Podcast Interview How the University of Minnesota’s Venture Center helped fund and launch Terri's EdTech startup, FastBridge. The differences between academics and business, why it’s hard to commercialize ideas and research, and how FastBridge solved this problem. What FastBridge did to market and monetize their research. Strategies to increase up-front payments from clients to fund company growth. What FastBridge did to bootstrap their growth from 0 to 10 million dollars within 4 years. How FastBridge maintained 70-80% margins without sacrificing their high-quality service. Why knowing your ‘magic number’ way before an exit is crucial. How to stay true to the original vision of your business while getting ready to exit. Terri’s definition of managed growth and how it applies to any industry. What Terri and her partners did to correct dissonance when things became less ‘fun’ and different priorities started competing for resources.   Are You Growing The Value of Your Business Take The 2-Minute Assessment To Get Your Intentional Growth Score™ And 1-Page Vision Board. Are your company's current initiatives intentionally designed to increase the value of the business? Do you know what you want from your business long term and why? Do you know what your company is worth? Do ...