How Great Entrepreneurs Exit Their Companies on Top 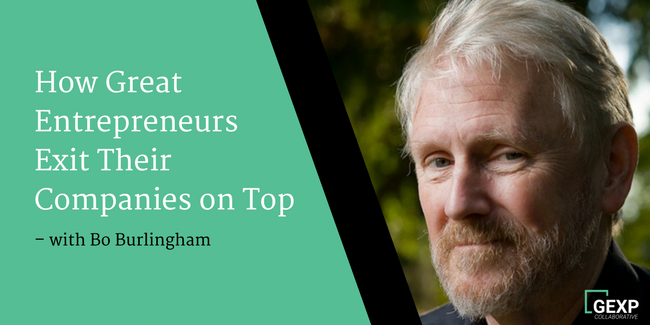 Intentional Growth
How Great Entrepreneurs Exit Their Companies on Top

Bo Burlingham is an absolute hero.  He was Editor at Large at INC. Magazine for years, Author of some of the business book classics like The Great Game of Business, Small Giants, Street Smarts and the Finish Big. His insights in Finish Big on how the greatest entrepreneurs exit on top lead me to create this podcast and build our firm. If it wasn’t for Bo, Solidity Financial wouldn’t be what it is today.

He is undoubtedly the leading author on what it means to be a true Entrepreneur… one where there is a beginning, middle and end to a journey.  We felt it was high time we spoke to Bo about his experiences in putting together his trailblazing books…

In this episode you’ll learn:

Why did Bo Burlingham write the book Finish Big?

He’d been working for the magazine Inc for 25 years and never once had he heard anybody talk about the end game for the organization. This suddenly changed when his co-columnist Norm Brodsky received an offer for his company.This eventually formed a monthly column called “the offer”, which was basically an ongoing narrative on the trials and tribulations of the sale negotiations.

The response they had was amazing – it turned out to be a topic that people simply couldn’t read about elsewhere – and it took off so much that at one point, the cover headline was “Norm Decides To Sell”. Alas, because certain things came to light towards the end of the sale,

Norm didn’t sell after all, but the whole process made Bo realize that people were very interested in the subject, and that there was almost nothing else out there for people to read on the matter. So he decided to write his first book, which was to be based on the findings of a series of interviews with business owners who’d sold up.

The regrets of selling a company…

The 5 things entrepreneurs did to exit their company on top:

Bo felt that if an owner was missing just one of them, they were likely to have a very bad exit.

How can you passionately grow a company that can thrive without you?

To grow a company ‘artistically’ – with the kind of love that forms the basis of entrepreneurship – but then step away so the company doesn’t revolve around you like a hub and spoke can be the hardest part of being a business owner.

Bo says this is the ultimate paradox, and was a constant source of conflict across the many companies he has studied down the years.

What to do after after selling your business?

Leadership is so important in any company, so when somebody sells, how does it impact the legacy of the business? This was another constant problem in Bo’s experience. Many companies simply weren’t the same afterwards. This was a huge deal to the entrepreneurs that wanted to watch their baby continue on without them.

The happiest entrepreneur that Bo interviewed was John Warrillow… who just happen to write the book Built to Sell and now has a program called The Value Builder System™ which helps owners do what he did.

Ask yourself these questions from the very beginning:

“Remember that you’re on a journey, and all journeys have an end. Don’t think of it as a construction project.”

All of Bo’s books are amazing! 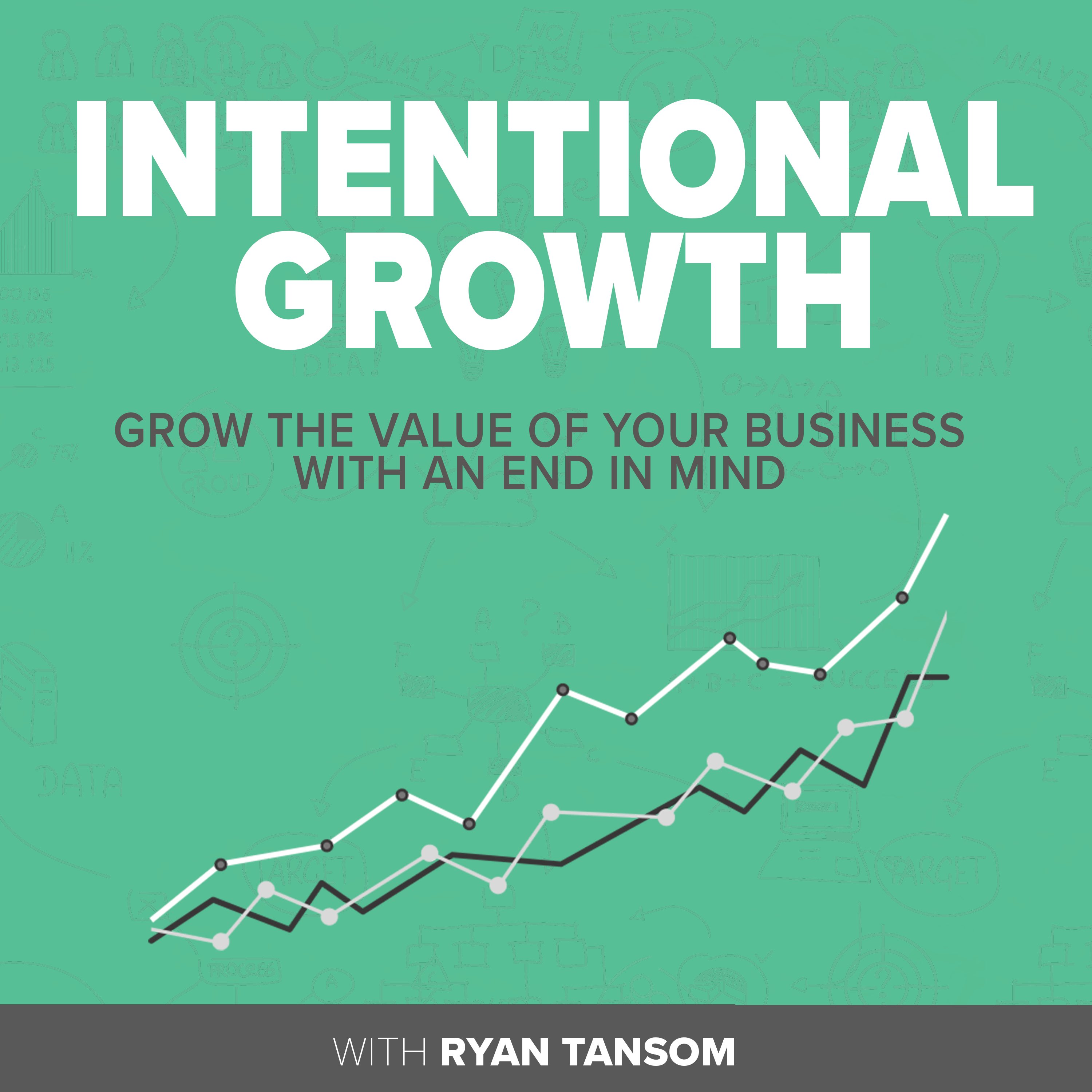 Today’s guest is Hannah Paramore, the founder of Paramore Digital. We’re talking about what you can do before you hit burnout and what you can do with your business after you’ve built it.  What you will learn: Hannah’s professional background What it was like as she started her first company Where Hannah was when she realized her relationship with business changed What to do when you lose your energy? What are the signs that you’re jaded with your company? Hannah’s exit process The emotional impact of the integration process after closing Phantom anxiety and indignities Rebuilding identities after closing Finding the sense of accomplishment outside of business Hannah’s advice for entrepreneurs before burnout Takeaway: If you’re the CEO, losing confidence about the business can make it difficult to come in every Monday. How do you separate yourself emotionally from your business so you can see it as an asset? What should you do with what you’ve built? Links and Resources: Hannah Paramore, website Hannah Paramore, LinkedIn Hannah Paramore, Instagram Hannah Paramore, Twitter Hannah Paramore, Facebook ARKONA Boot Camp Reach out to me if you have questions about the boot camp!  About Hannah: Hannah was raised in a church, by a housewife mother and a preacher father. She worked her way up through administration and middle management in various companies. After four layoffs in two years (after the ...

#184: Agile M&A: Master the Process of Buying or Selling a Company to Close Faster and Maximize Value

If the "project" of acquiring a company is managed correctly, due diligence will be easier, closing the transaction will be faster and integration will be more fruitful for both the buyer and the seller. Kison Patel is on the show today to share stories about billion dollar acquisitions being done on spreadsheets and why the Merger and Acquisition industry needs to catch up to the 21st century. Kison is the founder of DealRoom (an M&A project management software) and has been through countless transactions himself that add up top hundreds of millions of dollars over his tenure, and it showed him how inefficient the actual process of acquiring and integrating a company is. He explains how AGILE (a project management methodology that originated from the software industry) can help close deals faster and maximize the value post closing by getting all the stakeholders on both sides (executives teams, advisors, etc.) on the same page.An AGILE approach can help keep the deal on track as things change, more people get involved and information flows (and tee up post closing integration to hit the ground running). What you will learn:   Why the M&A industry is falling behind and how technology and innovation can help  Why the traditional selling/acquisition process isn’t always a smooth process The evolution of managing the project of acquiring / selling a business  How to get all the stakeholders involved in selling/buying a business on the same page Why the post-closing integration team should be involved in due diligence How the software industry and the AGILE ... 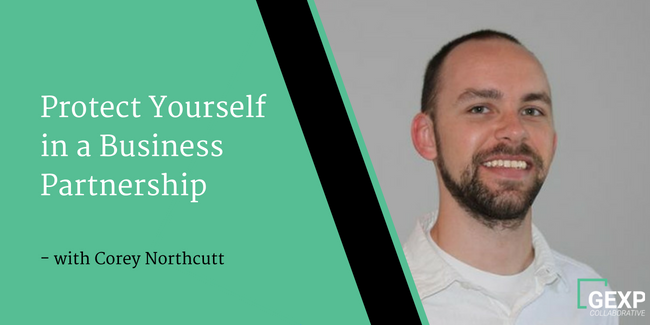 Protecting Yourself in a Business Partnership

My guest today is Corey Northcutt, the founder of the Northcutt agency. The company is highly successful and Corey has built an impressive SEO and Cloud service. However, it wasn’t always that way. Before Northcutt, Corey was a co-founder of Ubiquiti, a web hosting company. That company grew wildly, but it became a nightmare once the four business partners involved began seeing dollar signs. Corey tells me about his time in a highly political and stressful business. His story is a cautionary tale about how to structure your company in the beginning to maintain a fair balance of power. Corey left his company in a massive blow-up that left him aimless and shell-shocked. He tells me how he found his direction and how he’s done things differently this time around with Northcutt. You will learn about: The beginnings of Ubiquiti. How Corey pivoted into other services. Why Corey chose his first business partner. When Ubiquiti merged with one of its clients and two more partners joined the team. The benefits of catering to a niche market. The initial partnership structure Corey and his partners used. The issues Corey and his partners had. Lessons Corey learned from dealing with potential buyers. The cracks that appeared within the partners’ relationship. The toxic environment that developed during the sales process. How Corey left the company. Life after the buy-out. The lessons Corey took from his time at Ubiquiti. Why does Corey choose not to work from an office? Corey’s advice to the audience. Office politics is a little more serious than we give it credit for. On today’s show, we talk through a ‘hostile work environment’ that’s hard to ...