Turn Your Business Around to Sell It 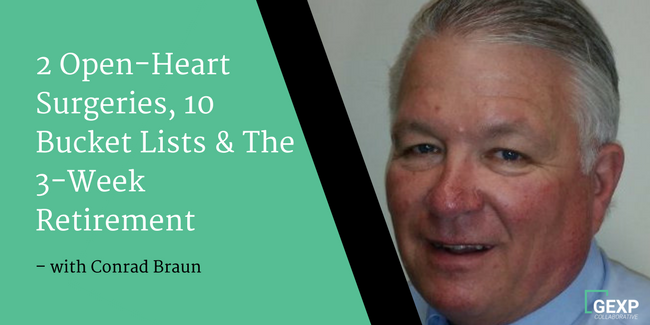 Intentional Growth
Turn Your Business Around to Sell It

On this week’s podcast we tell the incredible story of Conrad Braun, a man who not only managed to turn a business around from technical bankruptcy to profitability in a matter of years, but who also managed to follow most of the golden rules when he exited the business.

He did all this despite having no experience of running, buying, or selling a business. In fact he only became involved in the business because he sold them an IT system. Hear how this accidental business owner managed to save the company by pleading in person with his major creditors to not cash the checks his company had just sent them, how he faced down the banks and persuaded them to extend the credit line of a technically bankrupt business, and why his battles with heart disease motivated him in his exit strategy.

How to streamline a business and sell it: the moral of the story, with Conrad Braun

Conrad Braun’s story really is a shining example of how to run a business from beginning to end, through good times and bad. Firstly out of survival and then out of motivation to grow something profitable, Conrad wanted to grow a business that was worth something to his banks, his vendors, and ultimately to he and his family.

By implementing the right systems of reporting, he effectively became ‘bankable’. From bankable to profitable and profitable to valuable, the path Conrad took is one to take note of.

By getting on a plane and visiting his four biggest creditors to persuade them to not deposit the checks his company had already sent out, Conrad literally did go the extra mile. Once he’d averted the crisis, the rapport that he had built up ensured he was trusted in future.

Define what it is that makes your company successful:

It often isn’t just about volume of sales. In Conrad’s case, it was the expenses relative to volume that proved to be key.

Remember who has the poker hand between you and the bank:

“Banks sell borrowed money. If you can show them that their debt to equity is improving, they will keep giving you money. Just give them a plan that shows them you’re going to pay them back”

How did he value the company?

He gathered a consensus from other companies who shared the same vendors. He then met with both likely and unlikely buyers and asked the question, “if I was geographically contiguous to you, how would you value my business?”

He concluded that it was worth a lot more than the average multiple the industry was giving companies like his.

What motivated him to sell?

His struggles with heart disease motivated him to use the company as a means to protect his family in the future.

How long did he spend planning the exit?

3 years. He went through a hypothetical sale with a prospective buyer who knew they wouldn’t be able to complete the deal, just to prepare the company for the real thing.

What were the most important factors in the sale?

He was more keen that people didn’t lose their jobs than he was to maximize the value of the company, so he built into the deal a stay-pay package which used 10% of the purchase price to distribute among his key employees after the sale.

What did he do afterwards?

Suddenly he had $2 million dollars, but he didn’t know what to do with the money. He joked that he got through 10 bucket lists, but not even this could prevent the boredom.

He ended up working for the buyer he’d originally sold to. The division he ran became the most profitable division of the whole group.